During the long, cold winter months I tend to binge-watch DIY YouTube gardening videos – everything from how to grow blueberries, to composting, to building a greenhouse!

This past winter I came across the idea of expanding growing space by building an arched trellis using cattle panels.

I love mixing “functional” with “decorative accent…” if you follow my blog, you’ve already seen the DIY garden arbor we built this spring for that very combination!

An archway in the middle of my garden, covered with vining foliage and flowers sounded like such an elegant, whimsical idea.

First, we started off by building two matching raised beds as the foundation of our arched garden trellis.

Once they were in place, stained, and filled with a combination of compost and soil, we drove 4 metal t-posts into the ground so they were good and solid.

I wanted to have about 6 inches or so on the inside of the trellis so I could plant bush beans inside the archway and runner beans on the outside to vine upward.

Next, we gently curved the cattle panels into a consistent arch and secured them to the t-posts; in some of the YouTube videos people used zip-ties to secure them, however we found they weren’t sturdy enough and used wire instead.

The cattle panels were about $65 CAD from our local farm supply store, which was more than we had hoped they would cost but decided that it would be worth it in the end.

We added sand between the raised beds to avoid ending up with a muddy walkway when we got a heavy rain.

I planted bush beans inside the archway, as planned, and scarlet runner beans & purple runner beans on the outside of the trellis.

Check out my blog on how to grow green beans here.

The raised beds were large enough that I had space to plant zucchini, summer squash, patty pan squash, and small rows of lettuce, spinach, kale, & arugula in the part of the beds away from the trellis.

And then the long wait began!

Slowly, I could see progress… vines crept upward inch by inch as I trained them to wind around the wire.

By late July the beans were almost as tall as me – and by mid-August some of the vines had finally grown all the way up and over the trellis!

The whimsical tunnel of lush foliage, covered in flowers and peppered with fresh green beans was everything I had envisioned!

As far as the functional part of this DIY build, the cattle panels gave us an additional 128 square feet of vertical growing space!

And as everyone knows, extra growing space = extra production!

(yes, we live on an acreage where we have plenty of space to grow veggies, but keeping everything as compact as possible makes weeding, watering, and harvesting easier)

Over the last few months, we have had more than enough green beans to eat with every meal if we wanted AND lots left over for canning & pickling.

What innovative garden builds have you done? Drop a comment below!

Don’t forget to check out our DIY rain barrel that was *almost* FREE! 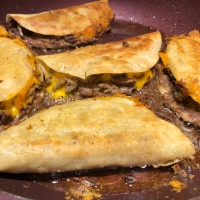 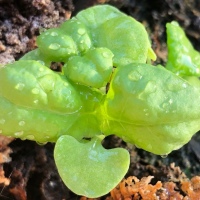 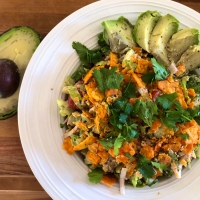 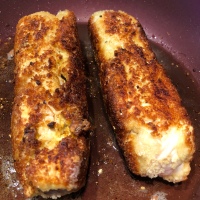